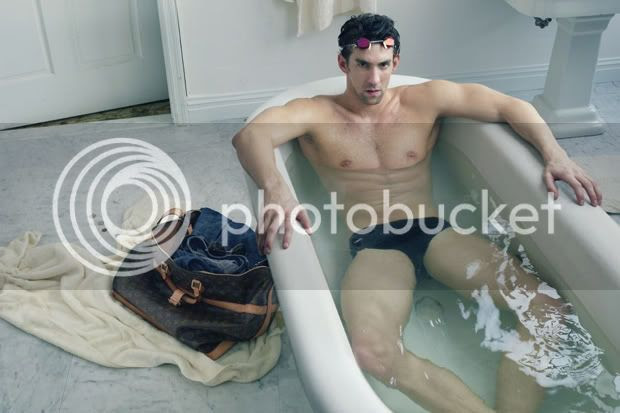 Models make way for the most decorated Olympian of all time as French label Louis Vuitton tapped Michael Phelps for LV's latest ad campaign. Photographed by Annie Leibovitz Phelps is seen wearing a Speedo and goggles in a bathtub with a Louis Vuitton monogram tote (LV Cruiser Bag-$2,300) nearby. A second ad features Phelps out of the water and in a three-piece suit alongside Soviet gymnast Larisa Latynina whose 48-year-old record of 18 Olympic medals was surpassed by Phelps as USA won gold in the 4x200m freestyle team relay. One of the most high end fashion labels shooting an ad campaign with by far the two most accomplished Olympians. Smart LV, very smart !! 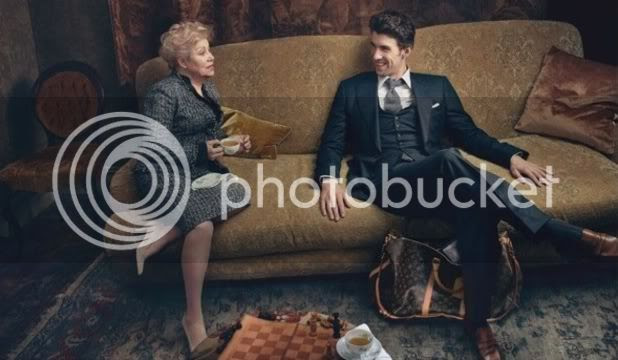 Email ThisBlogThis!Share to TwitterShare to FacebookShare to Pinterest
Labels: Style