The Dream Team to this date is called one of if not the greatest team ever assembled in sports history ! The team included players M. Jordan, Magic, Bird and Barkley just to name a few and was coached by Chuck Daly. The Dream Team was assembled to play in the 1992 Olympic games in Barcelona and it was the first time NBA player were allowed to play basketball in the Olympics as it was made up of college basketball player before the 1992 games.
The documentary gives you an inside look at the practices which were more like battles and you will witness first hand how tough it would had been to control the team when you have the best players on one team. The entire team roster included M. Jordan, S. Pippen, D Robbinson, P. Ewing, L. Bird, C Drexler, J. Stockton, C. Mullin, Magic, C. Barkley, and the last spot was reserved for Duke's University C. Laettner. Enjoy !!! 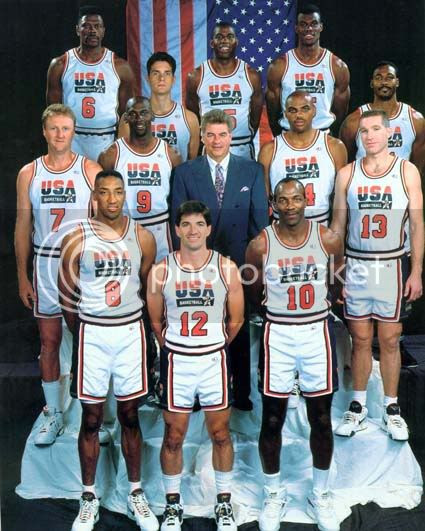