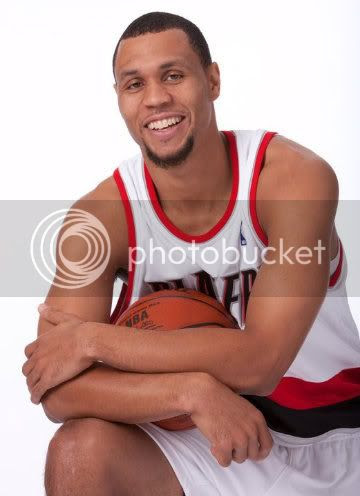 This is something the put a smile on my face as I read about Brandon Roy is heading back to the NBA with a host of team interested in him for the 2012-013 season and god willing beyond that. The teams interested in Roy include The Bulls, Mavericks, Pacers and Timberwolves and according to Yahoo, they're are more teams interested. Roy was forced to retired due to chronic knee problems and multiple knee surgeries but after taking a year off and while so many people missed him we can agree that it seems like the time off was a good move in the end. This young man would be amazing in any team and for sure will be a source of great motivation for players who are suffering from knee problems or any injuries such as Derrick Rose, Iman Shumpert, Stephen Curry and other. Brandon Roy had what my friends call "the most unique game in the NBA", we all wish we can see that again from this former NBA All-Star.

Email ThisBlogThis!Share to TwitterShare to FacebookShare to Pinterest
Labels: Culture